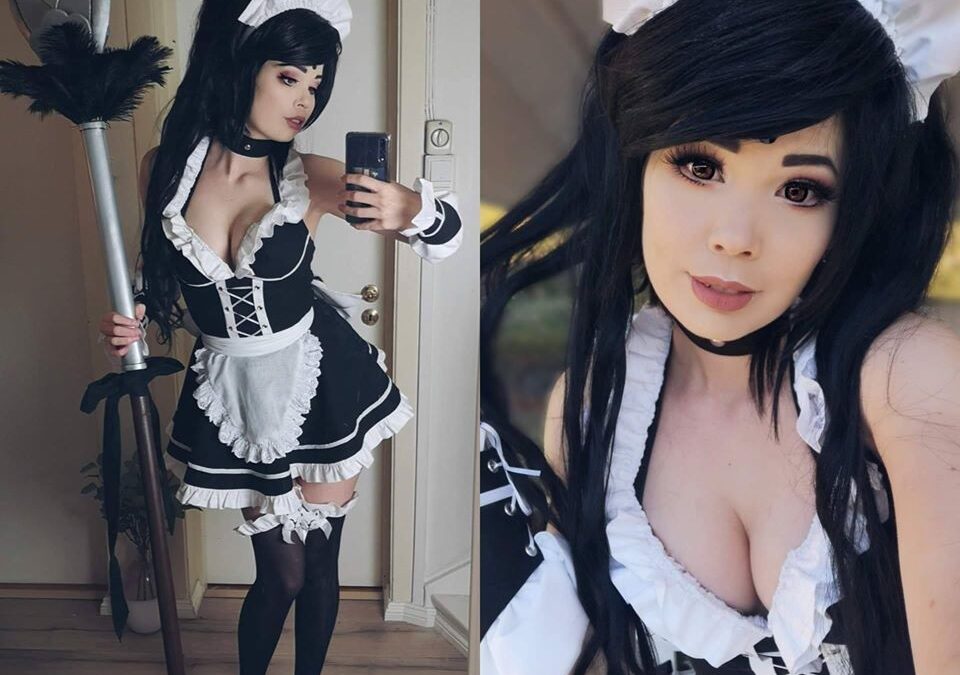 Raised in the deepest jungle, Nidalee is a master tracker who can shapeshift into a ferocious cougar at will. Neither wholly woman nor beast, she viciously defends her territory from any and all trespassers, with carefully placed traps and deft spear throws. She cripples her quarry before pouncing on them in feline form—the lucky few who survive tell tales of a wild woman with razor-sharp instincts, and even sharper claws…

This is my second Nidalee cosplay, and wow! I really wanna make her new Dawn Bringer skin as well now… the struggle is real!

I thought I’d take you through this journey of crafting my Maid Nidalee cosplay. This cosplay was put off so many times due to commissions and has therefore legit been in the making for 1 year.

That’s why I’m happy to finally close her chapter so I can start on the next one, which is Princess Mononoke.

I had to cut up another wig and salvage it for parts, as the store was out of wefts, which was such a long and boring process. I decided to use Kinpatsu’s ponytail tutorial to get a big fluffy ponytail. I also sewed some hair clips into the wig so it won’t slide off.

The spear was very fun to work on, I made a full tutorial on my Patreon HERE.

Maybe I should film the whole process and make a Youtube video like my K/DA Kai’Sa in the future?

Hope you guys like the result and let me know what you think?
Lil video below!