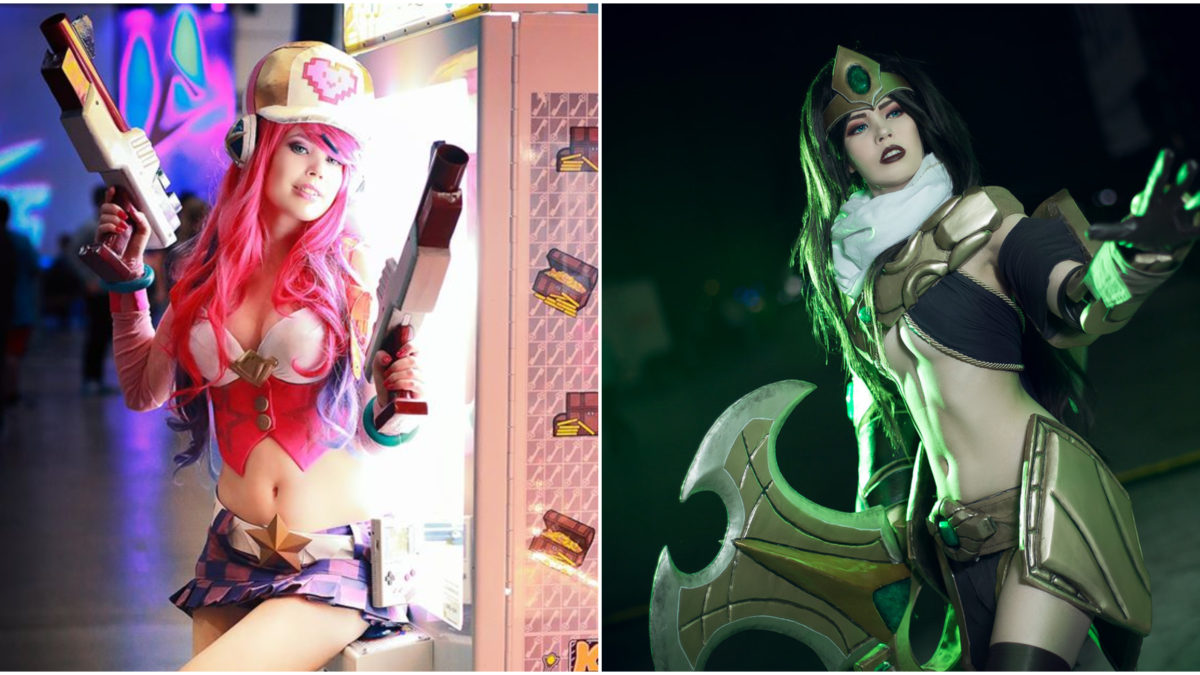 My Top 5 most painful Cosplays!

I think when it comes pain, every cosplayer can somewhat relate.
Especially when you just yolo it and opt for last-minute, quick solutions, that result in something that looks good – or at least works – but that will be painful to wear, yet we still do it! 😀

In my 10 years of cosplaying, I have learned so much. Thinking back on some stuff I made, I don’t understand how I could bear wearing it all! Then again, I do remember how much I wanted to cosplay the characters even though the deadline was rather short. (Couple of days, lol)

So, I wanted to make a list and tell you why these are painful, and the damage it did to my body during the convention days. This way, you can keep this in mind when making your own cosplays!
I have fixed most of these since then, but it’s a lot more hassle to go in after everything has been fit together, primed and painted. 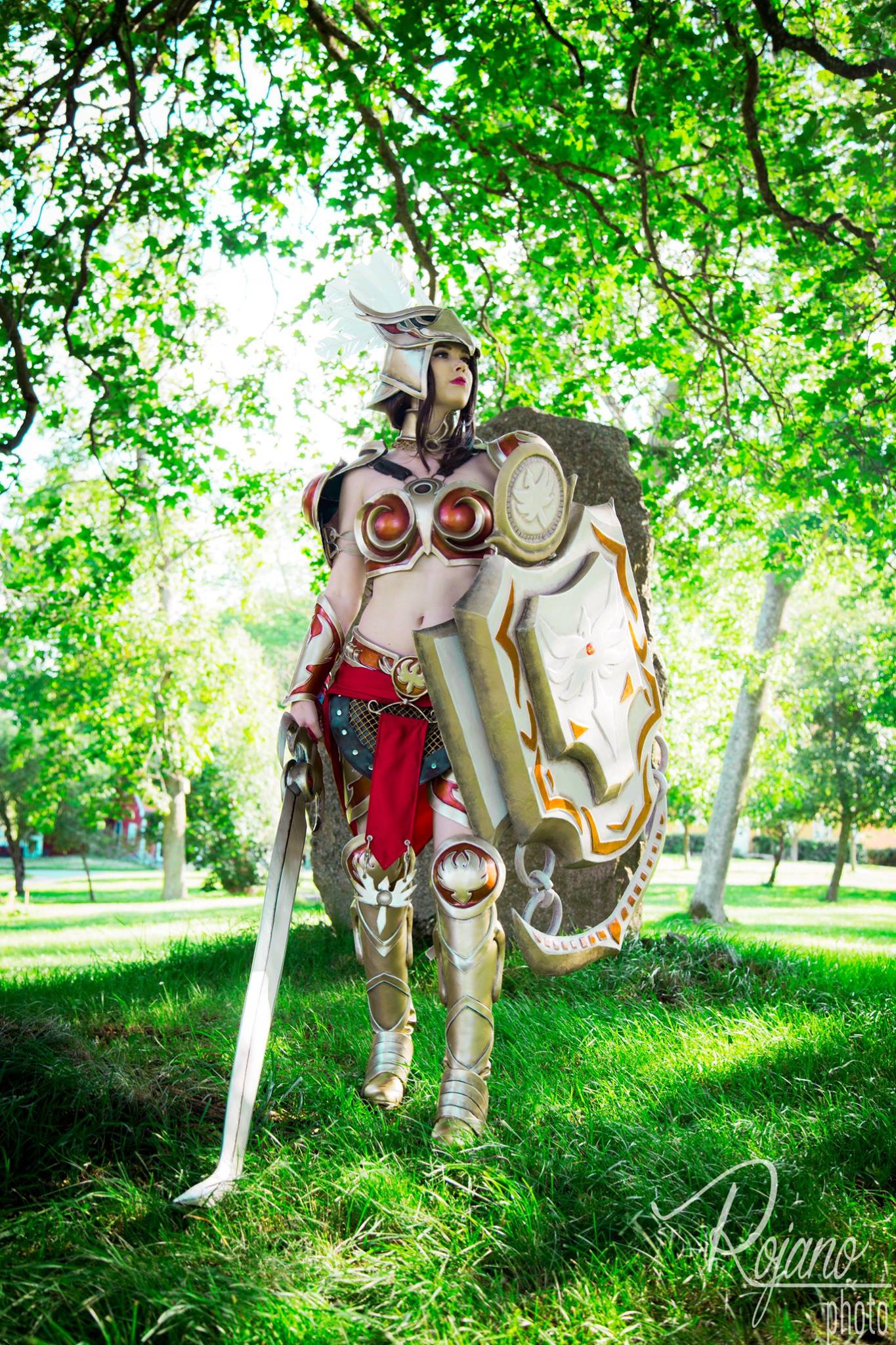 Actually, the cosplay itself isn’t painful to wear! This cosplay is more about the props which are stressful to carry around. The shield has a mechanism which makes the sides pop out, and due to this it’s really heavy for my left arm, as I’m right handed. The massive sword also gets heavy after a couple of hours, since it’s hard to balance something that large. She’s still my favorite cosplay I made to this date!

I know many of you might be thinking, “What!? But there is not much too it?”
The hat is made from scratch out of metal wires and EVA, and after a few hours some of the metal parts started to dig into my head – I could always have padded it, but I simply didn’t have the time.
Her pink corset thing was made out of worbla with fabric on top! So it dug into my skin through the day. Fabric is the way to go for corset kids! XD
Also, the shoes were two sizes too small and these shoes were the only ones that were true to the reference photo that I could find, derp.

Nr 3 – Sivir from League of Legends

Ahhh, Sivir. The cosplay I wore only once….and I worked so hard on her.
Other than her prop being the biggest prop I’ve made to date which is a pain to get around, there were also some parts of it that was painful. It was made for an event, so of course I took some shortcuts. What I should have done is made the hand guards and shoulder pad out of foam. But instead I chose worbla for some odd reason. So everything dug into my skin, and it hit a nerve on my hand so I lost all feeling in a part of that hand after the con day. Yikes!
She is gonna come back, I spent way too much time on her not to wear her, and I just wanna fix the minor parts so she can shine again!

My first project that I was super proud of. All LED’s were casted and lights up and 25cm high hooves with barley any support in the back, I mean….why not right? (It was a high heeled shoe which I just cut off the heel in the back and added a wooden hoof at the front)
On top of it it takes 3 hours to line up and get all of the tattoos onto me which is a super boring process.
Other than that, the hooves did manage to do some damage to my knees, it hurt to walk for a month after wearing them during a 10 hour day. All of the weight was pushed onto the front part of my foot + knees. The doctor was wondering why I did this to myself and my response was “Anything for cosplay!” But I have not worn her since. I would do things differently today if I was to re-make some of her parts!


Nr 1 – Alexstrasza from World of Warcraft 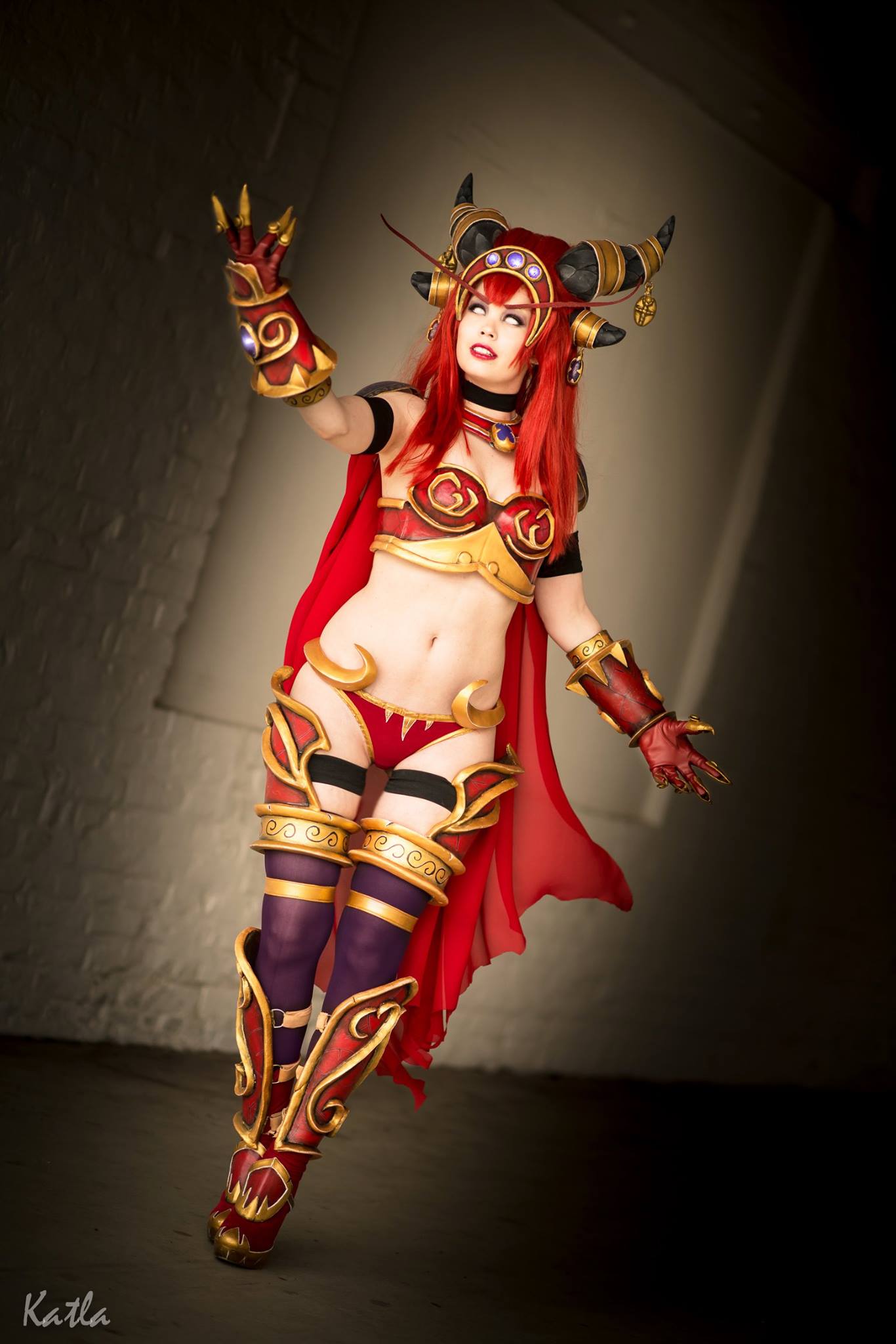 The Queen of Dragons and pain for me! This being my first full armor project I had lots to learn, and little time due to me making her for a norwegian TV show named GameOn. Not having time to fix my mistakes, I just went with it and spent a 12 hour day at Dreamhack Winter 2014.
Many of the worbla armor parts were digging itself into my skin on the leg parts. I did not have time to test this before the day I was gonna compete, so I decided to just bear with it.
The wig weight was supported on a hair bow underneath the wig which kept sliding backwards, so the all of the weight was put on my ears and certian parts of my head which was really painful.
On top of that, I had some eyebrows which kept sliding down as they were heavy, and on top of that I had lenses that made me half blind throughout the day. Not to mention 2 shoe sizes too small, but again I had no time to order new ones. 😀
After the day was over I ended up with blue toe nails, 2 bumps on my head, swollen ears, blisters and friction marks on my legs, half of my eyebrows as I glued it on too strong.
Thinking back I’m like….”Wow, did I really do this to myself?” And I would most probably do it again in the future, although I’m more aware of things now than before. :’D
(Alexstrasza was fixed later on)


All in all, most of these cosplays were made within a short deadline, which is where it goes wrong. I was lucky enough with Leona being as comfy as she is! Many of the parts of these cosplays was fixed later on so I could wear them more comfortably!
The morale of the story is that you want to have enough time to perform “test runs” of your cosplay, and enough time to fix any problems you notice during these test runs.

What don’t we do for cosplay?