Woah, where to begin?

DreamHack this year was crazy busy for me, as I had been working non-stop on my Valkyrie Leona for weeks! I managed to complete her the day before in my hotel room. I hadn’t sleep for the past days before we had to leave for Jönköping in Sweden.

So my first day before the contest I was just checking out how I wanted my performance to be – our stage performances couldn’t be too long, for example spending time on stand-alone props and other things, as they had a very tight schedule, which is understandable! I at least was allowed to get my props on stage, on some chairs, for the act, which was very kind of them! I also had time to “LAN” a little for the first time at Dreamhack! It was super-nice! I only wish I had a laptop, bringing my tower sure was a pain…luckily I had someone to help me carry my tower and monitor! :’D It was cool hanging with those of you who came over to the LAN spot, very cozy indeed! A huge thanks to Komplett for making the LAN spot awesome. It for sure was a lot of fun!

Now over to the competition day! This time was sorta different from the others. The judges got to chat with us and see our cosplays up close, a sort of informal prejudging session – which I think is a great idea! I was very nervous before I went on stage…I mean, this was a whole new cosplay that I had never ever tried before, I’d barely had the time to walk around in it, much less stress test it! My main worry was the shield mechanism that makes the sides of the shield pop out.  It was sorta a last minute fix before we had to leave, but at least it worked! :’D

All of Leona’s armor fit me perfectly, nothing was sliding off, and the helmet was stuck to my head perfect, no extra movement at all~ The shield was too heavy though, as our first mechanism did not work, we did not have time to remove it. So that made the shield twice as heavy, but I endured it! With the nice support from my friends, Mplay and the DH crew, I managed to keep my courage up!

It was so cool being able to have a little act on stage, I have yet to work on my stage fright, but being such a badass character as Leona sure helped out! Until the unfortunate accident happened on stage…My mechanism got stuck when I was about to push in the trigger for the shield, and I freaked out so much that I pushed it with all of my force and my thumb went backwards pretty badly. I managed to keep a straight face, but it really hurt a lot!

As I went off stage, my straight face fell apart, and my tears kept running down my cheeks. The awesome DH crew got on the case quickly and called the medic crew. They quickly did some tests on my thumb and bandaged my hand and thumb. I really wanted to be with the other awesome cosplayers on stage, so I ran as fast I could and managed to get on there in time. :’D I found out later that I sprained my thumb, so it was a relief that I did not break it at least! Other than that I had a amazing time with tons of other amazing cosplayers! It was great seeing people from Sweden, Norway and Denmark all together at one place.

While waiting for the award cermony I was so excited to see my friends winning amazing prizes! I never expect to win anything at the competitions I enter, it is just a bonus in my eyes if it happens. :’D But guess what, I managed to get 3rd place out of 80 signed up contestants!…I was like “Whaaaaaaaaaaat!?” is this really happening?  Everything got so emotional, my tears came out yet again, but this time on stage. All of the feels!

And not only that…but I also won Komplett’s second place in their contest…This is so crazy. Like “Le wut!?” crazy Dreamhack was crazy!

I can’t wait until Dreamhack Winter! It’s going to be great to see all of you again! Perhaps I will see some of you at GIGACON 2015 which will be held near Oslo this year? I’m going for sure!

Here, have some photo’s from the event! 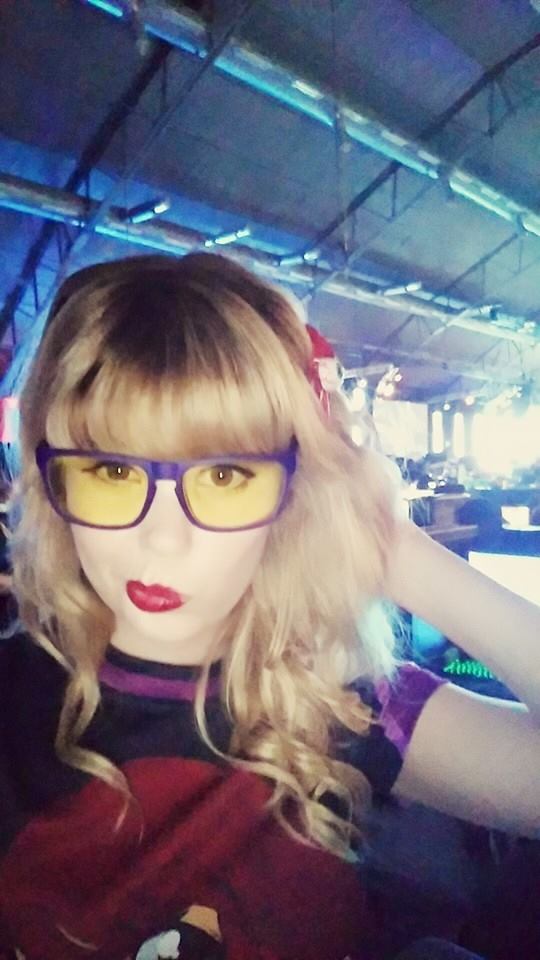 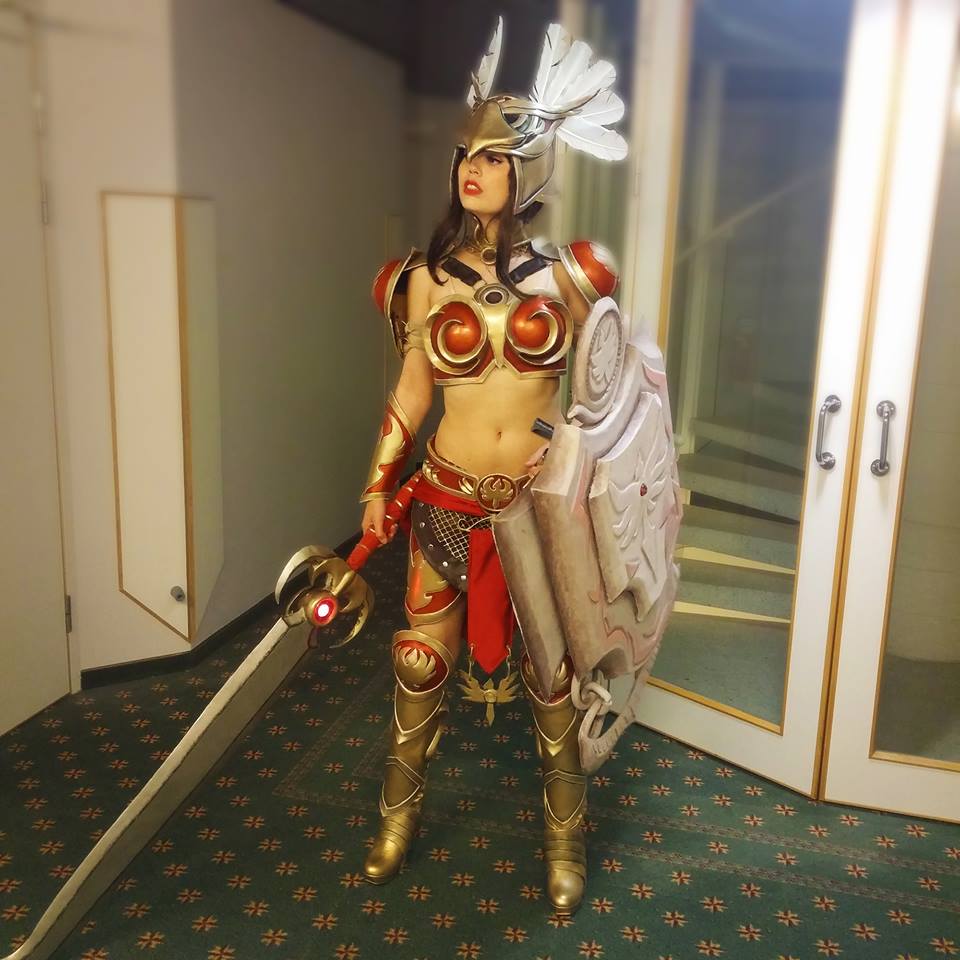 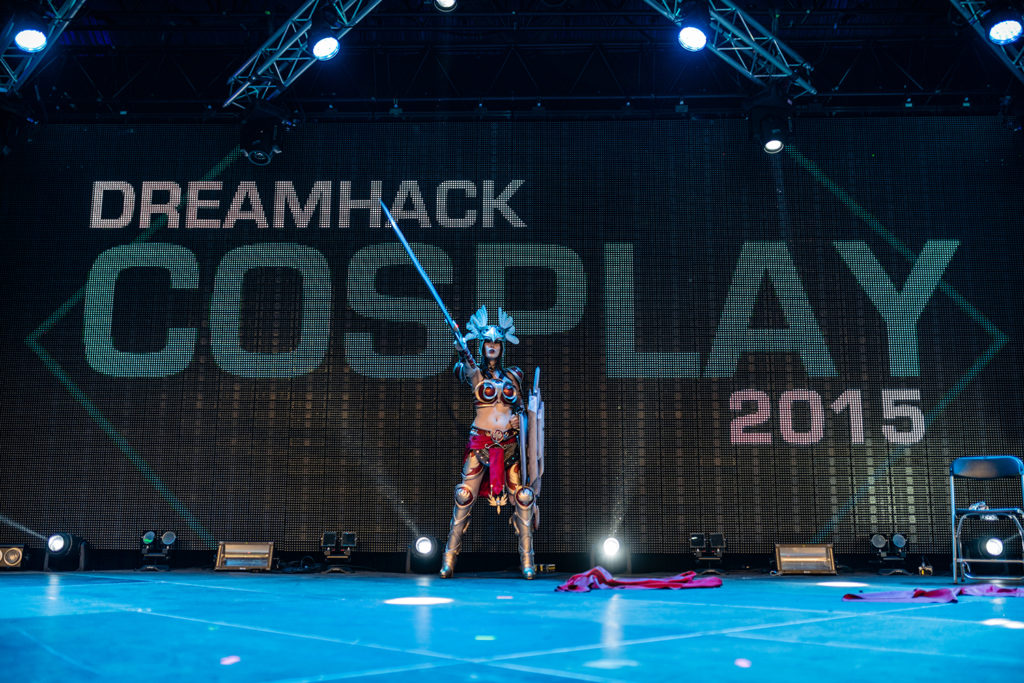 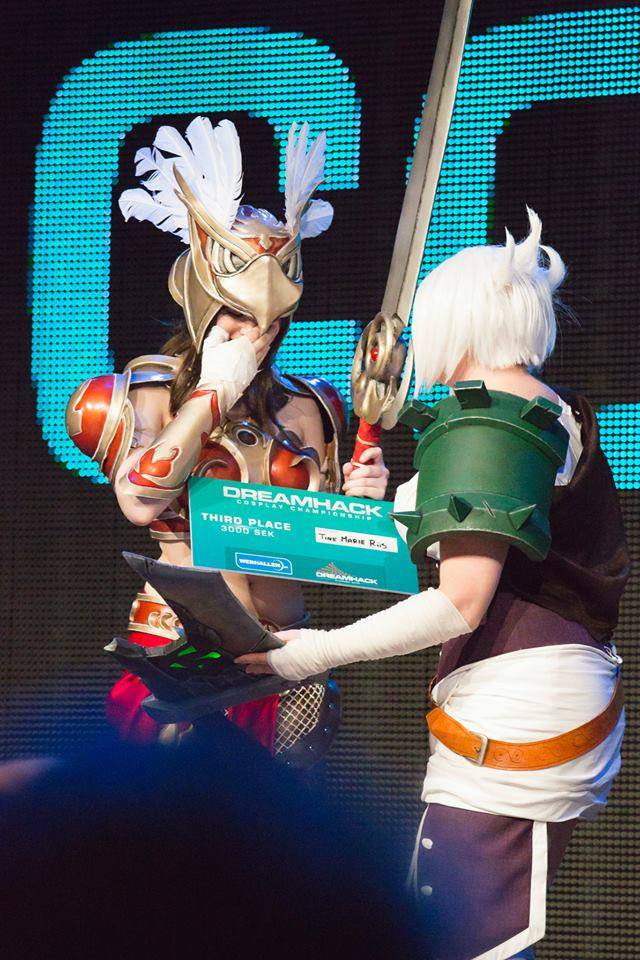 The tears!
Photo by Robert Johannesson.

The winners! Congratulations to everyone!
Photo by Dreamhack.

Welcome to my homepage!