Day one started pretty early, I had to get up at 7 in the morning so we were able to rehearse at least once before the opening show went on for real. I was playing Tamaki’s Mother (The Queen), and the Evil Princess, (Ganondorf in disguise) during the show.
I was pretty nervous, as we just had gotten into all of the script one day before, but it all turned out great! I really enjoyed playing the part of the Evil Princess,  especially since I dressed up to look like Cadence during the play! (My Little Pony related)
I’m going to show you guys a video of it later~

After the opening show was done, I went to get changed into my ME!ME!ME! cosplay and just explored the convention with my youngest sister, Dorthe. She was cosplaying Annie from League of Legends, and this was her first home made costume! I was super proud~
After a few hours of exploring the event it was time for the cosplay contest. I judged alongside the girls from LoveMustachePro, such awesome ladies!  And all those of you who joined looked super awesome during the contest, so much skill!

This day startet out with more rest than the day before, which was really nice! Woke up, got half of my Valkyrie Leona armor on, and headed to the con. I had a Worbla panel (Basic Bracer) at 2PM, and I was super excited, but nervous at the same time. I’m always a little nervous before having a panel, so that is quite normal for me, but after I’d “warmed up”,  talking a little with the attendees at the start, it just got better and better. Thanks again to everyone who showed up! It was such a pleasure teaching and helping you guys out.  10/10 would do it again!
After my panel we were able to roam as we liked until the award ceremony, so I hung out with my youngest sister Dorthe, Renato and Chris while roaming – it was really quite a relaxing, chilled-out day! Congrats again to all the winners! It was really a tough one to judge!

All in all, KawaiiCon 4 was a wonderful experience. Although I was very tired the first day, we all nailed the opening show and kept on having an amazing con-experience! Hope to return to KawaiiCon 5 next year!

A huge shoutout to M Play for being there and supporting me throughout the weekend. <3 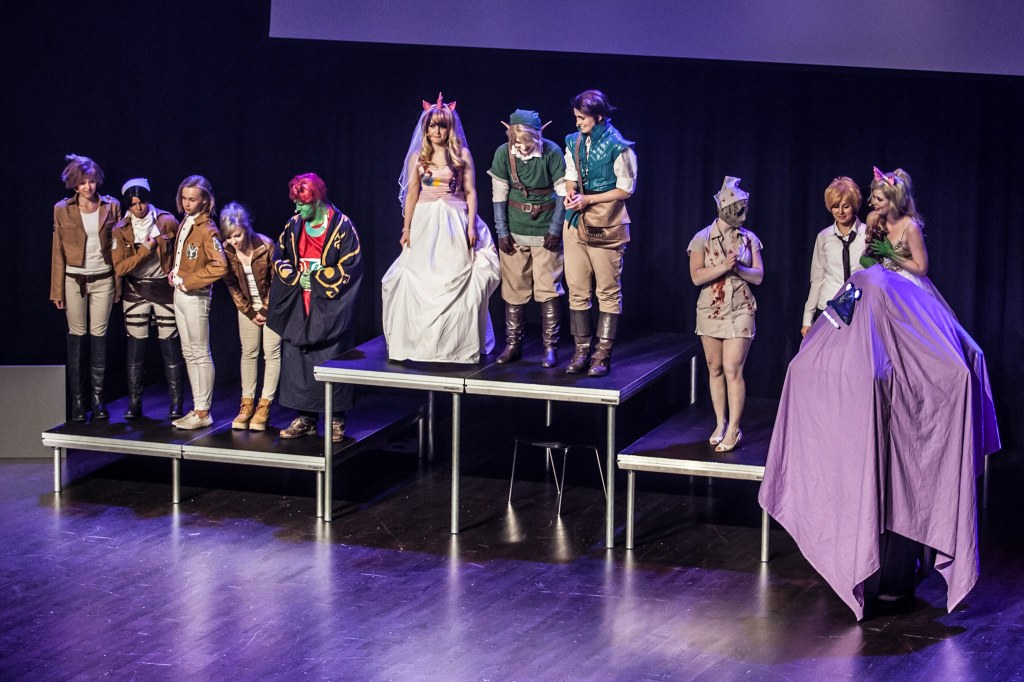 Let’s end it with a ME!ME!ME! selfie taken during the con~

Making of K/DA Kai’Sa from League of Legends!