Not too long ago, I was invited to this fantastic Swedish event called NärCon Winter! I have attended NärCon Summer once back in 2013, and I loved every second of it. So being invited as a guest here was so unreal!
I got to judge the Master Category for the cosplay competition along with amazing judges: Calssara, Sophia and Pantzar.  It was such a pleasure judgning by their side, and we had so many laughs together when we had time off. <3
The Winner of the Master category will qualify for Cosplay SM, get a 3D figure of themselves, and  a 1000 SEK giftcard at Cosmos.
This was the hardest competition I have ever judged. We were sitting together discussing all the details, but after a while we all came down to an agreement~ First place went to Hani Lejonhjärta as Tiny Tina from Borderlands!
All of her details were spot on, and she had made a lot of props and her stage performance was outstanding. It was like she stepped out of the game ~
The best craftmanship went to Linnea Hansson as Hawke from Dragon Age.
The best performance went to Emma Charlotta Granath as Elsa from Frozen.
We also had our personal favorites: Erik Petterson as Prince Nuada (The Silverlance Hellboy 2), Alice Holmèn as Morgana, Jenny Norberg as Margaery Tyrell , and Alice Gomèr as Fairy Gym leader Valerie.

I also got to air my newest cosplay, Sheshe from Mermaid Melody at NärCon! Everything worked out just fine! But my pantiehose was wayyyy too tight….And my zipper broke a little at the top. Got to fix that til next time! At least I got some awesome pictures of her during the convention.

It was so nice being able to see Bell (Calssara) again, we met once earlier at a con in Norway. I was very shy so I didn’t say much back then. but people keep telling us that we look like twins, which is funny! Even my Mom got confused when I went through her pictures. She was like “Ohh, new cosplay? :D”, I heard the same thing happened with Bell and her Mom as well, so funny!
I also got the chance to meet Kairi in Cosplayland, a cosplayer I’ve been keeping an eye on for a while, cause…well, she’s AMAZING! She is also one of the kindest people I’ve met. I can’t wait to met her again!

I also want to talk a little about Cosplay SM. (Swedish Mastership in cosplay). For the first time in history, the competition was broadcasted on Swedish TV!  The competition was truly amazing, so many talented people and a well produced show. It’s so wonderful to see that Cosplay is growing so much.  <3 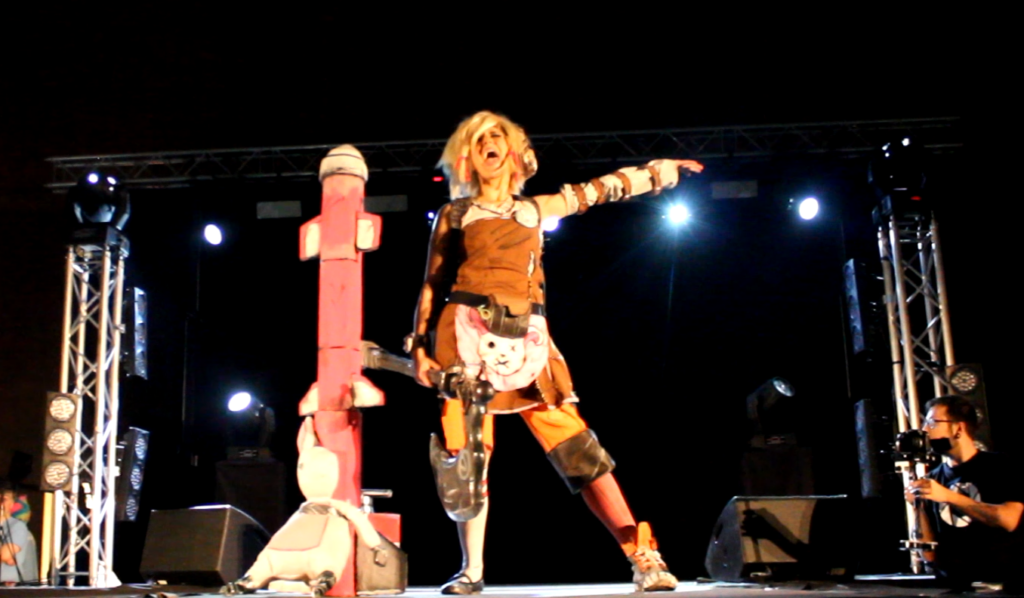 Going to new lengths for Cosplay! Zelda behind the Scenes!

I was in the Newspaper!